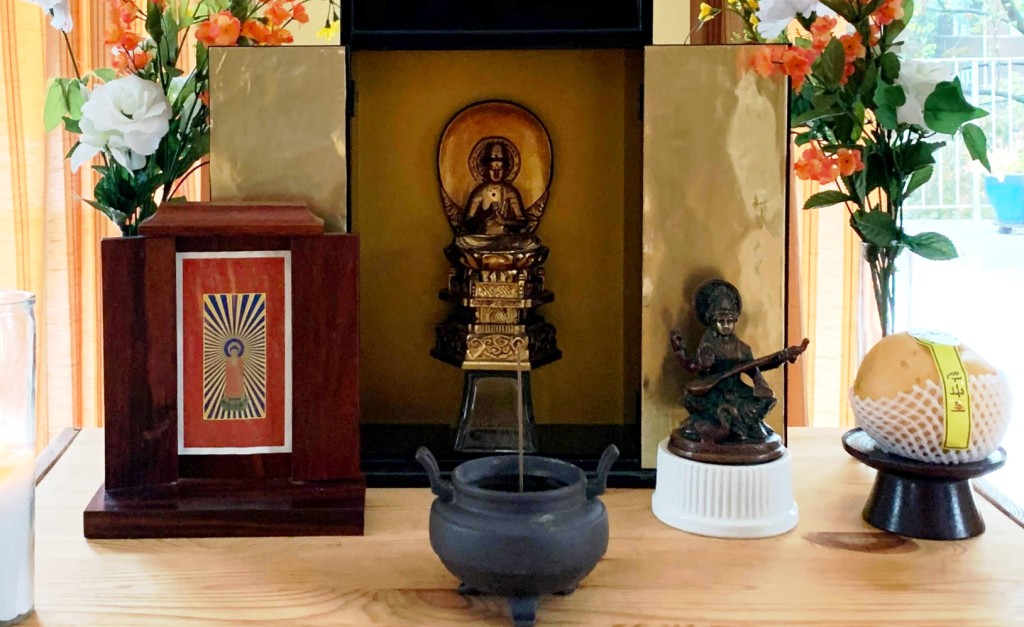 Please check our Calendar for the ONLINE MEETINGS and IN-PERSON MEETINGS schedule.

Since 3/14/2020, for public health safety, we suspended in-person indoor meetings and services to limit spread of novel coronavirus COVID-19 (SARS-CoV-2). We hope you stay healthy and in good spirits. Please reach out if in need of community support.

When meeting in the temple space, the schedule will be back to 10:00-11:30AM service followed by informal tea break time til noon (without drinks & snacks to keep masks on) at:

An ordained person is available to perform weddings, funerals, and more. LGBTQ welcoming and affirming. Please contact us for information. 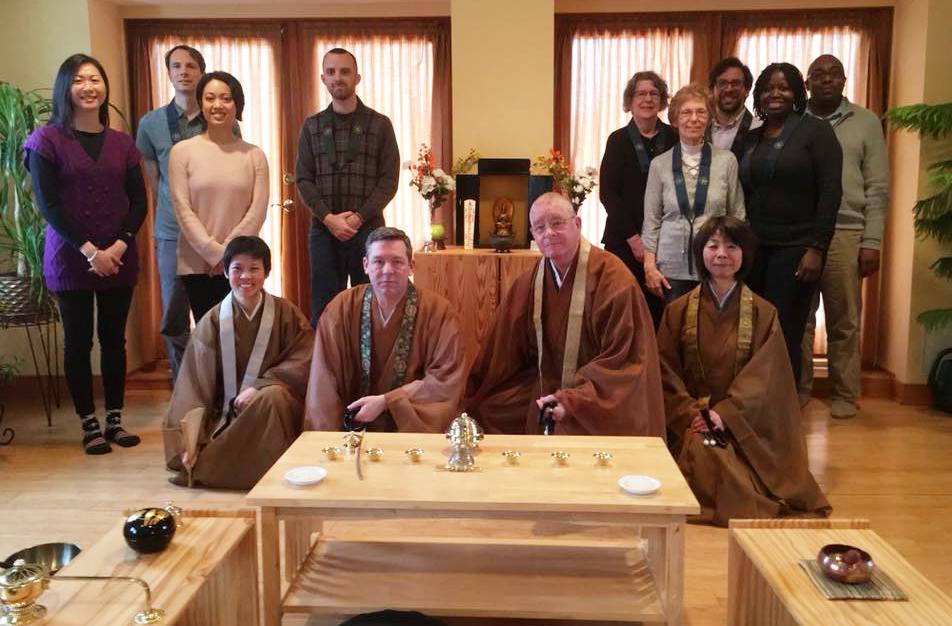 June 2022, after two years delay due to the coronavirus pandemic, Yusei received full ordination as a Tendai-shu Soryo and the new Dharma name Seimon (静聞).